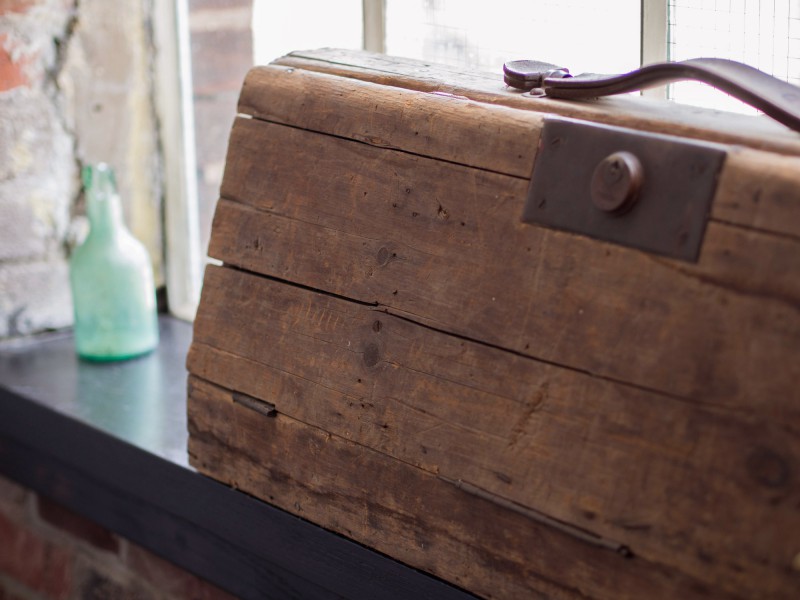 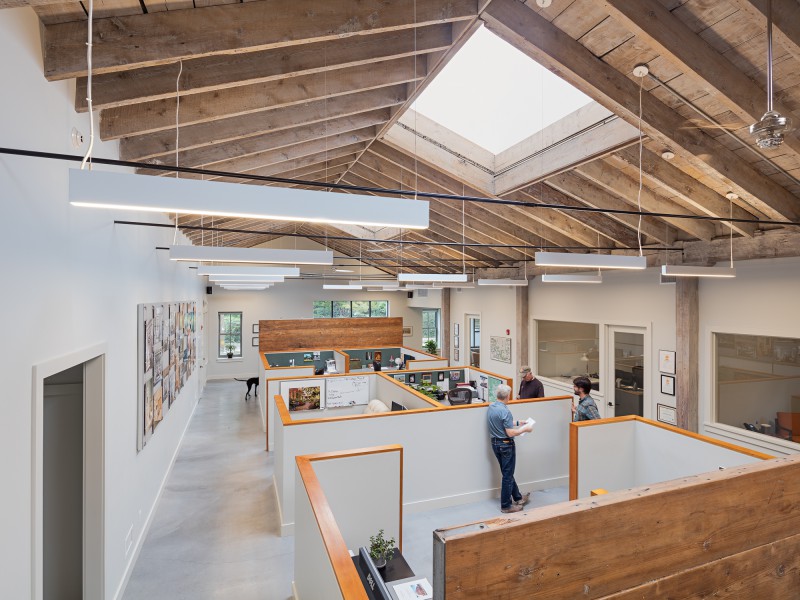 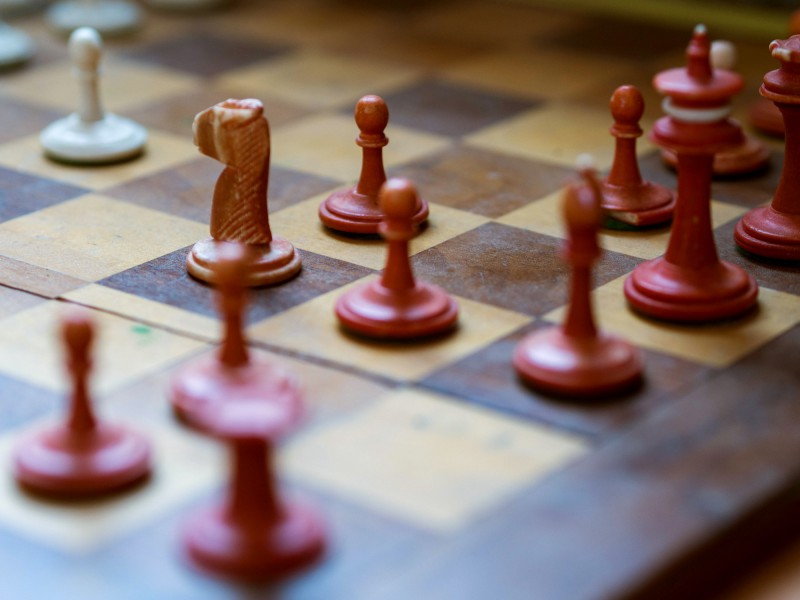 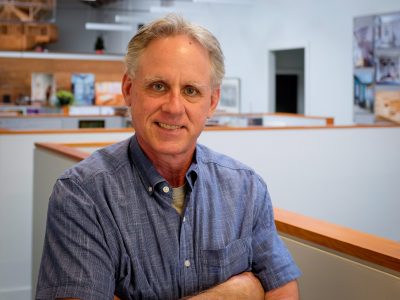 John M. Hanson, Principal
jhanson@hansonfinebuilding.com
John primarily handles Hanson Fine Building’s business development and financial management. He is responsible for ensuring that issues are sufficiently addressed at the early stages of a project to create a seamless hand-off to the production staff. He also monitors projects in production to ensure that our clients’ expectations about their project’s scope, budget, and schedule are properly aligned. John received his Bachelors in American Studies and a certificate in Historic Preservation from the University of Pennsylvania. He has served on the board of the Greater Philadelphia Preservation Alliance since 2014. John was elected as a member of the Carpenter’s Company of Philadelphia in 2010. He lives with his wife and two of his three children in University City. In a former life he was an avid Ultimate player and won the World Club Ultimate Championship in 1989. 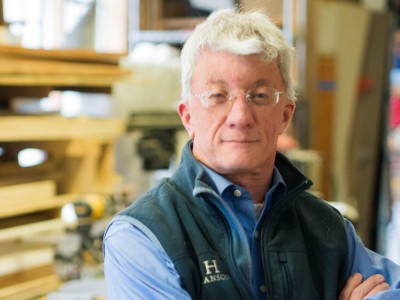 Christopher M. Hanson, Principal
chanson@hansonfinebuilding.com
Chris acts as Principal in Charge of many of our large projects and is our resident Sustainability specialist. He works with our clients, architects, Hanson Fine Building project managers and trade contractors to ensure that every job is estimated and executed in accordance to its design and specifications. After earning his Bachelors in American Studies from Hobart and William Smith Colleges, Chris obtained a Master’s Degree in Education from the University of Pennsylvania. He is a LEED accredited professional through the US Green Building Council, and a PHIUS Certified Builder through the Passive House Institute US. In August 2018, Chris joined the Lower Merion Historical Architectural Review Board. He also sits on the boards of the Lower Merion Affordable Housing Corporation and the Lower Merion Conservancy. He lives with his wife and two children in Gladwyne, PA. He has been observed sneaking out of the office early to satisfy his passion for fly fishing. 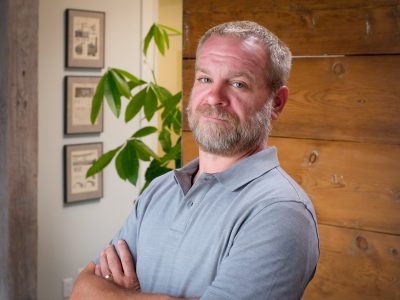 Christopher L. Hearl, Project Manager
chearl@hansonfinebuilding.com
Chris manages Hanson Fine Building’s larger projects, coordinating activities and scheduling, and ensuring that all work is performed to our standards. He also manages in-house design and prepares drafting services and shop drawings when required. Chris has been with Hanson Fine Building since 2004. After graduating from Philadelphia University with a Bachelors in Architecture, he worked for Habitat for Humanity as a Construction Manager for two years. Chris is an avid baseball fan and player. 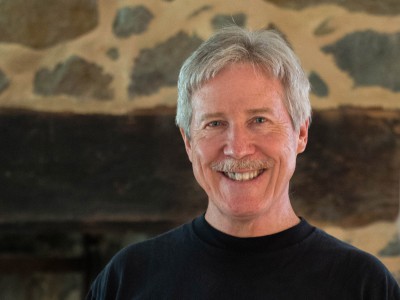 Kevin S. McDonnell, Project Manager
kmcdonnell@hansonfinebuilding.com
Kevin has been with Hanson Fine Building since 2007. He has worked in both the construction and architectural communities for more than 35 years. As a Project Manager, Kevin communicates with owners, architects, sub-contractors and workers, and is responsible for the day-to-day operations of our larger remodeling, preservation, and new construction projects. Besides managing his specific projects, Kevin also assists with estimating and design throughout the company. Kevin earned a B.S. in Architecture through Temple University. He is a certified green practitioner through Green Building United (formerly Delaware Valley Green Building Council) and holds a Master Composter certificate from Penn State University. Kevin’s extensive skills in photography are put to good use on a daily basis at his job sites. He is happily married (45 years in October 2022), has four children and five grandchildren, and he loves gardening. 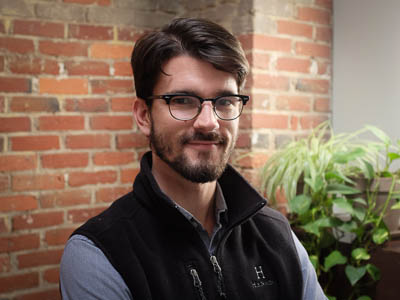 Kevin J. Davey, Project Manager
kdavey@hansonfinebuilding.com
Kevin joined Hanson Fine Building in 2017 after working in the architecture field for six years. With his experience in architectural drafting and graphic design, Kevin also generates Hanson's marketing material as well helping to inform design decisions on various projects. Kevin graduated from Florida Atlantic University with a Bachelor of Architecture in 2011. Kevin’s love for photography permeates most aspects of his life and he is rarely seen without one of his trusty old film cameras ready to capture the decisive moment. His strange accent can be attributed to being born in Zimbabwe and growing up in South Africa. 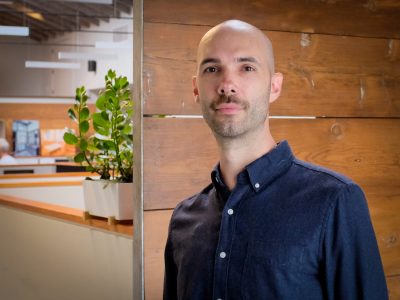 Martin Hickman, Project Manager
mhickman@hansonfinebuilding.com
Martin joined Hanson as a Project Manager in 2020, after subcontracting for the company, primarily on window and door restoration projects, from 2012-2019. Martin graduated from the Preservation Carpentry Program at Boston’s North Bennet Street School in 2011 and is experienced in restoring and replicating exterior architectural woodwork. Martin’s craft knowledge and commitment to the ‘beginner’s mind’ enhances his project leadership, while his past as a subcontractor dictates his management style. Outside of work, Martin enjoys laughing and telling stories with his wife and friends. 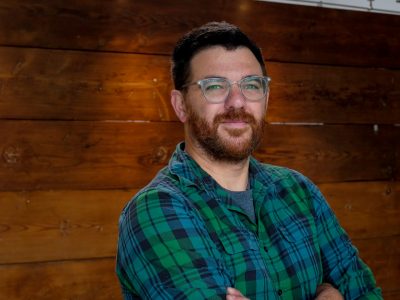 Neil R. Goldman, LEED AP, Project Manager
ngoldman@hansonfinebuilding.com
Neil joined Hanson in 2021 as a project manager. After spending a decade as an energy analyst and home energy rating system (HERS) rater, Neil earned a Master of Construction Management degree from Jefferson University and shifted to a more comprehensive focus on design and construction. He uses his extensive knowledge of sustainable design, energy efficiency, and Passive House criteria to ensure projects are completed effectively and to high standards. Neil volunteers with Green Building United’s Passive House Community Council and Habitat for Humanity. He enjoys canoeing and backpacking with his dog Quinn. 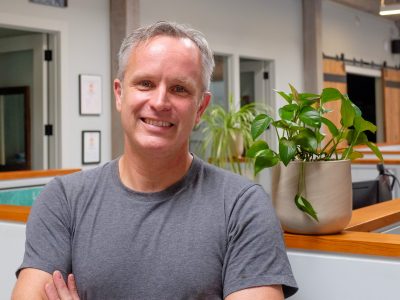 Rick Zane, Project Manager
rzane@handsonfinebuilding.com
Rick brings 20+ years of experience in the trades to his role as a site superintendent and project manager. His diverse background blends fine art and craftsmanship, from working as a theatrical scenic painter and carpenter to owning a custom cabinetry and furniture company. Educated at the Pennsylvania Academy of the Fine Arts, Rick began his career as a landscape painter and gradually evolved his passion into the fine craftsmanship. He appreciates the aesthetics and attention to detail required for custom residential construction and prides himself on exceptional planning, an appreciation for architecture, deep knowledge of all trades, and an ability to implement plans laid out by his team of trade partners. Rick holds project manager certification from the National Association of the Remodeling Industry (NARI) and has expertise in establishing construction efficiencies. Rick manages construction even in his free time, currently renovating a 1900s farmhouse into a high-performance home in Cape May Court House, New Jersey. The avid outdoorsman spends his free time surfing, hiking, fishing, sea kayaking, and enjoying time with his family and friends. 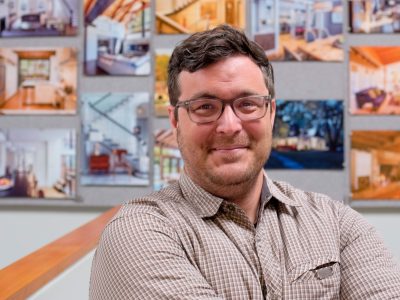 Tyler Cope, Construction Superintendent
tcope@hansonfinebuilding.com
Tyler joined Hanson as a Construction Superintendent in 2022. He brings an eye for detail and over 15 years of experience as a carpenter and contractor, having grown up in a multi-generational family construction business. Although his parents claim his first word was hammer, Tyler initially pursued a different career path. After earning a philosophy degree from Guilford College, he quickly returned to his roots in construction, working professionally with Habitat for Humanity in Philadelphia and founding his own Colorado-based carpentry and cabinetry company. In his current role, Tyler leverages his problem-solving skills to address site and construction challenges large and small. When he’s not at work, the South Jersey native and South Philadelphia resident enjoys playing tennis and Crokinole and hanging with his dog, Doc. 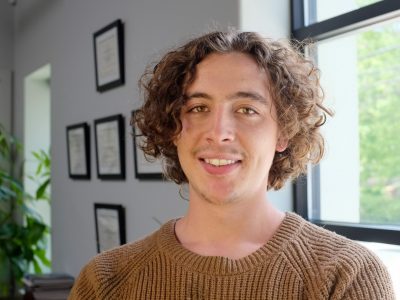 Hugh Gomory, Carpenter
hgomory@hansonfinebuilding.com
Hugh returned to Hanson as a Carpenter in 2022 after previously interning with the company over several summers. The recent Drexel grad earned a B.A. in Global Studies with a concentration in Public Health and Sustainability. Adaptable and a fast learner, Hugh has always enjoyed working with his hands. Being on site for Hanson enables him to see sustainable construction in practice and further develop his building skills. Hugh’s ability to speak fluent Spanish has made him an asset as the crew’s unofficial translator. When he’s not at work, Hugh enjoys playing guitar and soccer. 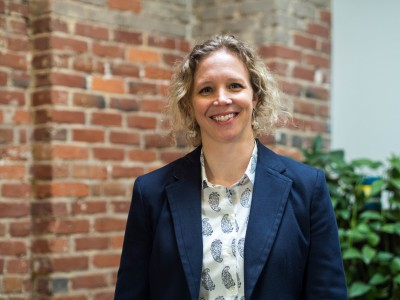 Christine McPoyle, Office Manager
cmcpoyle@hansonfinebuilding.com
Christine has managed Hanson’s office operations since 2014, minus a pause for maternity leave. A former kindergarten teacher, she later pivoted to the preservation world and worked as a conservation technician and historic site manager. Christine earned her nickname “the whip” for keeping our financial, HR, computer, and insurance administration in order – and doing so with unlimited patience and organization. She holds a B.A. from Smith College and a Certificate in Historic Preservation and Conservation from Bucks County Community College. Outside of work, Christine applies her attention to detail and problem-solving skills to sewing everything from clothes and reusable bags to seasonal linens and toys. 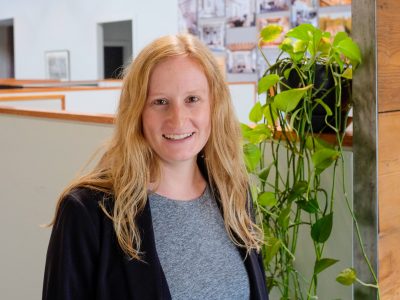 Christina Mackenzie, Administrative Assistant
cmackenzie@hansonfinebuilding.com
Christina joined Hanson in 2021 to provide administrative support. Her organization and poise under pressure lend calmness and efficiency to office operations. She also offers a unique perspective on environmental responsibility. Christina holds B.A. and M.A. degrees in psychology with specialization in animal behavior from West Chester University and worked for over a decade as a zoologist for large and small mammals. She continues to conduct research on nocturnal primates in Rwanda, studying the effects of deforestation on their habitat and behavior. In her free time, she enjoys hiking with her husband and rescue Golden Retriever Finn.